This Game is not only an entertainment that is much enjoyed by everyone from various circles. But in accordance with its development, playing games has now become a kind of hobby that is done by young people to old with a variety of different backgrounds. Playing games can make you apart from stress, but you also have to be careful because it could be stress you increasingly increase especially if a game never can be solved. 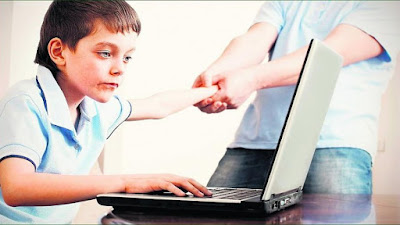 1. Make can take decisions faster
Gamers should quickly make a decision, if not able to take a decision quickly, maybe gamers could just die or lose the game. For example, if gamers play strategy games, gamers must be able to decide quickly, between attacking and defending. If it's too long to think, your opponent can easily defeat him.
2. Add Friends.
As we know that in this world there are many people who have a hobby of playing games. You can also add lots of friends by playing online or offline games. If you often play games in an internet cafe or online gaming venue, you will likely have more friends.
3. Improve foreign language ability.
We all know that most of the games in demand come from abroad with the majority using English. If you want to more easily understand the game also will not want you have to learn the meaning of the language or word used in the game. It is indirectly able to make your foreign language skills increase.
4. Exercise Patience
Many video games are designed and made with a high level of difficulty that sometimes a gamer takes weeks or months to complete. Patience like this is definitely useful in real life.
5. Train Dexterity
Playing games can also improve your dexterity. There are work functions, play, while exercising. There are a lot of games in video games that provoke the level of coordination and clarity of your eyes.

In addition to some of the positive impacts that I convey above, playing games also has some negative impact that you can receive if you are not careful. The negative impacts among them are:
1. Addiction
If you are too interested in an excessive game, you can also experience addiction. This addiction will be very dangerous especially if you forget any responsibility or will then forget all of your activities. Even the most extreme thing is where one is lazy to eat because of the addiction of a game.
2. Be lazy
If you're comfortable playing the game you'll all forget it. Moreover, if you have already installed the headset then all calls will not be ignored. Once tired you will just go straight asleep, so all the work nothing is done. This kind of addiction makes gamers considered lazy.
3. Sleep deprivation
We often forget the needs of this one primer, as a result the negative impact of sleep is approaching us, we will lose drowsiness when it is too fun to play a game.
4. Radiation that makes the eye less healthy
It is obvious that there is often. Facing the screen/monitor will make the eye sick and less healthy, radiation is radiated, apaalgi if continuous, the eyes will be sore and appear blurry when viewing. It's the most frequent impact on gamers. Not only real gamers, for workers who look at computer screens for a long time or watching television too long can also be hit by this attack. The closest possible impact is that you have to use your glasses because it will cause you to play the game for too long.
5. Build a busy
After sleeping in fact, the worse impact of playing other games is getting busy. Waking up Noon is the worst thing when a child is school. What he should have woke up at 5 o'clock or 6 a.m., because he was playing late night games then would not be able to wake up early because the eyes still felt sleepy.
Previous
« Prev Post
Next
Next Post »