Positive and Negative Impacts of social Media Use

An online media, with its users can easily participate, share, and create content including blogs, social networks, forums and virtual worlds. Blogs and social networks are the most common forms of social media used by people around the world.

Where to multiply your friends

By using social media, we can communicate with anyone, even with people we do not know from various corners of the world we can use this advantage to add insight, brainstorm, culture and Characteristic of their respective regions, and others it can also hone in on a person's language skills. For example, learn English and regional languages by utilizing the call or video call facility provided on social networking sites.

As a place for rapid deployment of information

The information up to date is very easy to spread through social media sites. Only in the tempo of a few minutes after the incident, we have been able to enjoy the information. This is very beneficial to us as a human being who lives in today's digital age.

Tools for developing skills and social

To hone technical and social skills is a necessity that must be met in order to survive and be on the balance of competitive modern era. It is very important, there is no age limit, everyone needs to thrive.

By using the network websites of internet users around the world can exchange information quickly and cheap.
For example read the news online to look for important information and you share the information well this is called exchanging information to others.

Teenagers can socialize with the public and manage the Friendship network 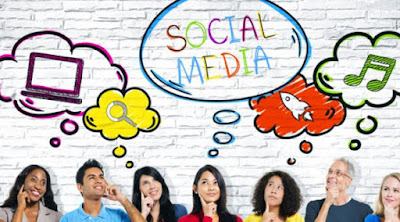 Being a person of individualist

This is what we often see around us, because we have many people who have fun with their gadgets if someone too enjoy this social media then a slow individualist trait will emerge. So this one enjoys its own existence even when meeting many people.

The many crimes that come from social media

We may have often heard in the news about the crime that originated from social media, such as kidnapping cases, rape to murder. This is one of the quite severe negative impacts of social media. While on the other hand social media has a positive impact to add friendships, on the other hand there is a mandatory impact we should take note of.
This is usually the case for someone who is a teenager, the nature of young people who tend to be still more prone to the perpetrators will be easier for criminals to perform the action. You can be more selective to make friends if you are new to knowing it through social media.

The rise of information lies know the news hoax

Spread, share, spread! Sentences that we often encounter in WHATSAPP AND FACEBOOK app messages
These words are often seen in social-social media such as Facebook, WhatsApp, and others. For someone who does not have a critical thinking of course with the ease of belief with information that is not clear the truth so that the chain message is circulating everywhere. The information that is in the form of this lie often we call it with hoaxes. The amazing few times the hoax news can be viral because of the many people who accept it then deploy it.

The use of religion for political purposes, the hate of hatred in minorities, until the practices of abusive, hateful conduct often present daily in the grip without strainer. If children and adolescents are not able to parse some of that information, they are vulnerable to hate speech.

Too much use of the Internet can lead to the physical development of adolescents experiencing physical decline. Examples of visual problems such as eye fatigue, headache even blurred vision. In addition to these disorders, social media addiction can also lead to obesity in children and adolescents due to reduced physical activity.

When someone is too fun to play a gadget and chat on social media then the memory of a person is for example so vulnerable to forgetting the time.
That is the arithmetic I tell you about the discussion of the positive impact and negative impact of social media hopefully besides enjoying our benefits also become more attentive to the negative impact that exists. So the conclusion is not too excessive in using social media yes. Hopefully the information from me is beneficial to all of you.
Previous
« Prev Post
Next
Next Post »